The Science of Scent | Amatrius

The synthesis of fragrance and science

None of our senses influences our emotional experience as significantly as smell. The nose instinctively selects what we covet or reject, from food to people. But our sense of smell can do so much more. It can trigger our emotions in ways of which we may not be consciously aware.

Our line of four different AMATRIUS® Eaux de Parfums has been formulated as the first fragrance series to specifically activate the 350 different human scent receptors at the cellular level – according to the individual emotional state we wish to achieve, maintain or stimulate. Depending on which of the custom fragrances is selected, it can make the most out of the day by helping to reduce stress, create calm, feel motivated or energized. All four AMATRIUS® scents inspire us to take a kind and conscious look within, and indulge ourselves with tender loving care.

Due to the current situation, we are unfortunately not able to guarantee exact delivery times for our products. Please expect deliveries within a maximum period of 7 workdays.

How can scents help us to let go of negative feelings and awaken positive emotions? How can an eau de parfum really nurture the soul? To find answers to these questions, Nora Rosenblat engaged the help of two globally renowned experts in research and fragrance creation: Prof. Dr. Dr. Dr. med. habil. Hanns Hatt and Geza Schön.
By bringing together scientist and perfumer, the AMATRIUS® team succeeded in creating the world’s first scientifically developed active fragrance series for men and women.
The team set out to create a scent that would prompt a specific effect. A combination of essences, which we perceive of as fine fragrances, and the aromas that activate our body’s own receptors. Decades of research and seven years of development went into creating the unique AMATRIUS® Eaux de Parfum series. A collection of perfumes that can have a lasting and positive influence on our emotional experience.

Nora Rosenblat and Her Team

Prof. Dr. Dr. Dr. med. habil Hanns Hatt is one of Europe’s most renowned cell physiologists and among the world’s leading olfactory researchers. He is President of the Union of the German Academies of Sciences and Humanities, since his appointment there in 2015.
For decades, Hatt has been investigating the effects of scents on humans and the significance of the human body’s scent receptors. The effectiveness of the AMATRIUS® Eaux de Parfum series is based on his comprehensive scientific findings.
Geza Schön, revolutionary of the fragrance industry, developed the four fine, fragrant AMATRIUS® Eaux de Parfum. His creations have not only changed the common perception of perfumes in general, but also the way in which they are created. 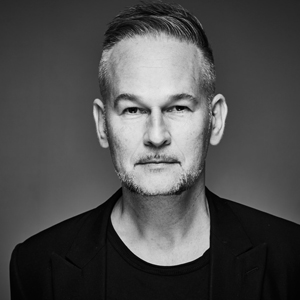 With an international reputation as a revolutionary in the fragrance industry, Geza Schön is one of the most sought-after perfumers in the world.

His iconoclastic creations disregard the traditional “fragrance pyramid” composition of a scent, as well as the constraints of the global perfume market. With the active fragrances developed for Amatrius, Geza breaks with the common perception of scents and creates the world’s first scientifically formulated active fragrance series. These fragrances are not only pleasing to our olfactory senses, but also specifically work to make their wearers happier.

During his twelve years in the perfume industry, he has lived in Argentina, the USA, England, France and Singapore. Geza Schön currently lives and works in Berlin. 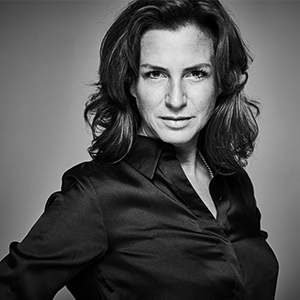 Nora Rosenblat is founder and CEO of AMATRIUS®.

She received her degree in Business Administration from the Vienna University of Economics and proceeded to pursue a career in advertising. She was recruited as Head of Advertising at Netway AG, Austria’s first internet provider. She followed this as Director of the Central and Eastern Europe region for the communications agency MediaCom, where she consulted major brands for nearly a decade, designing and managing strategies for their market entry, establishment and development.

Her enthusiasm for her profession notwithstanding, the associated travel was a considerable burden for her young daughters. They dealt with their mother’s absence from home by cuddling with T-shirts that smelled of her perfume. This smell calmed and relaxed the girls. Nora was able to achieve her personal work-life balance by spending as much time as possible with her family and by taking walks in the forest behind her home to enjoy the scent of the forest as an effective and natural means of relaxation.

Nora Rosenblat was fascinated by the beneficial influence of smells on the human psyche. She began to think about the targeted use of scents as a means of creating harmony and inner balance and began exploring how this could be done.

She teamed up with experts, Geza Schön and Hanns Hatt, and discovered in them the ideal partners to help her create a new, revolutionary approach to the use of fragrances by applying science and creativity. Together they have developed scents that actively and directly address and systematically stimulate wearers on an emotional level.

Nora Rosenblat is the initiator of the idea and the inspiration behind the four initial AMATRIUS® fragrances – the world’s first active fragrance series for men and women. 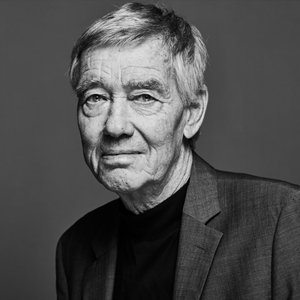 He is President of the Union of the German Academies of Sciences and Humanities, since his appointment there in 2015.

As Professor of Cell Biology at the Ruhr University Bochum, Hatt is one of the world’s most renowned olfactory researchers and is among the most distinguished cell physiologists in Europe.

Hanns Hatt’s research work makes an essential contribution to human olfactory perception. His pioneering work on the structure and function of olfactory receptor proteins has consolidated his international recognition.

Hatt, the “Ambassador of Smell”, is the author of numerous books and has been published in scientific and journalistic media for many years.

His comprehensive findings provide the scientific basis for the effectiveness of the AMATRIUS® Eau de Parfum series.

You will get an Email to confirm your Subscription.